John McCain — a former Vietnam prisoner of war, 6-term U.S. Senator from Arizona and 2008 GOP Presidential nominee who battled an aggressive form of brain cancer in the latter part of his storied career — has died … TMZ has learned.According to a statement from McCain’s office, he died Saturday at 4:28 PM, adding … “With the Senator when he passed were his wife Cindy and their family. At his death, he had served the United States of America faithfully for sixty years.”The news comes not long after McCain made the decision to stop medical treatment after a year-long battle with brain cancer. As we reported … McCain’s family said age was a factor in John’s decision to cease treatment. Fact is … he had surpassed expectations for survival.The decorated politician’s family said they are “immensely grateful for the support and kindness of all his caregivers over the last year, and for the continuing outpouring of concern and affection from John’s many friends and associates, and the many thousands of people who are keeping him in their prayers.”McCain was diagnosed with glioblastoma back in July 2017 … the same type of cancer that took the life of Senator Ted Kennedy back in 2009. McCain took some time off to fight the disease but continued chairing the influential Senate Armed Services Committee.Most notably, he returned just a week after his brain cancer diagnosis to cast the deciding vote that killed President Trump‘s attempt to repeal Obamacare. The vote came as a huge surprise, to say the least, and added another wrinkle to the testy relationship he had with Trump. McCain said he did NOT want Trump attending his funeral.McCain was a respected leader in the Senate, despite being labeled a maverick … someone who broke from Republican ranks when he felt principle was more important than party.Trump mocked McCain during his presidential campaign for being a prisoner of war … saying he liked war heroes who were not captured. McCain — a Naval Academy graduate who took tremendous pride in his “maverick” label — was captured in October 1967 after his bomber was hit by a missile. 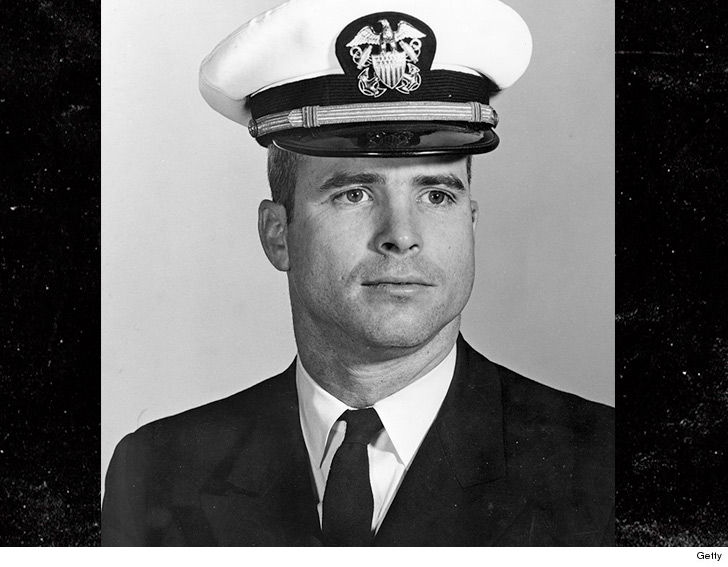 The force of the ejection was so violent, McCain broke his right leg and both arms. McCain was held in a prison camp where he said he was beaten every 2 or 3 hours by guards over the course of several days.McCain was finally released on March 14, 1973 but the effects of the crash and torture were evident in his everyday life from that day forward … with a visible limp when he walked and his inability to raise either arm above his shoulders. 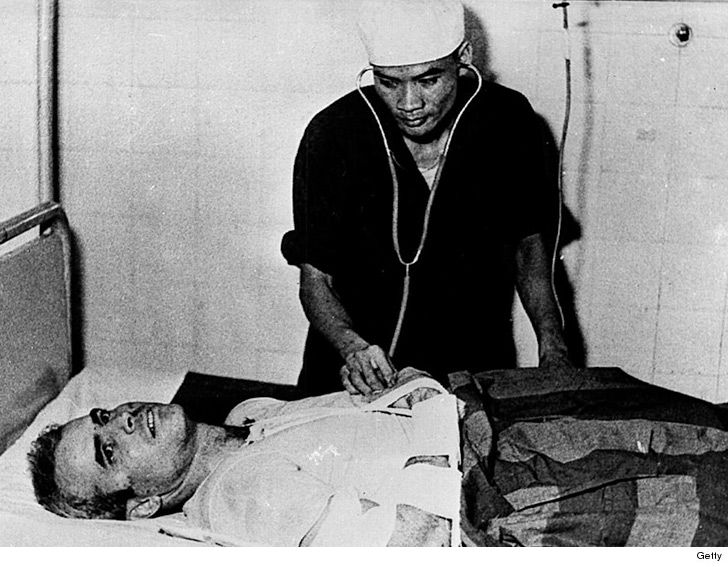 McCain — born on on August 29, 1936 in the Panama Canal — served in the Navy until 1981 and quickly dove into politics. He was elected to Congress in 1982 and the Senate in 1986.McCain ran twice for President. He lost to then-Texas governor George W. Bush in the 2000 primaries but won the Republican nomination back in 2008 … with Sarah Palin as his running mate. The pair ultimately lost to Barack Obama and Joe Biden. McCain later said he regretted picking Palin. 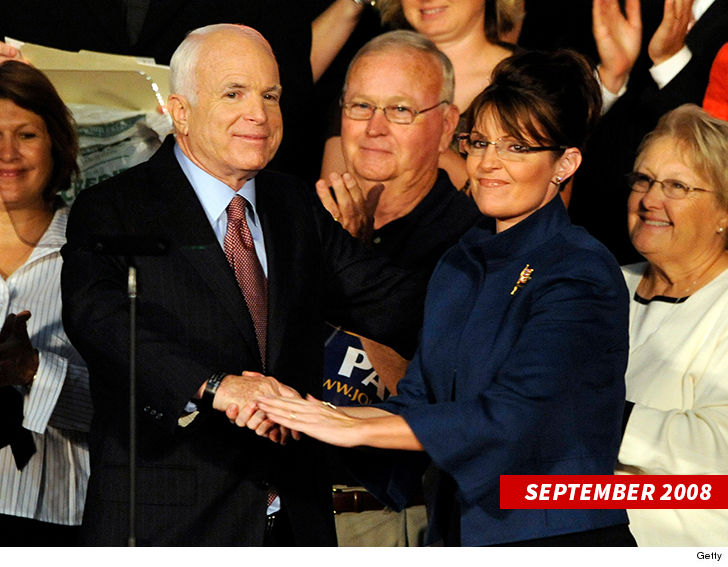 McCain is survived by Cindy, his wife of 38 years, and his 5 children — Meghan, John, James, Bridget and Sidney.