This song was written through the perspective of the fictional masked murderer Jason Voorhees from the Friday the 13th franchise. The song is loaded with references to different aspects of Jason and events that happen to the character throughout the movie franchise. We are very excited and proud to say that the song will be featured on the soundtrack for the movie Friday the 13th: Vengeance 2. This movie is expected to be released in the fall of 2021.

Formed in 2017, the band SEASONS started out with 5 dedicated musicians that all have had previous successful bands and a strong passion for performing high energy shows and top notch influential songs.

All of these members individually have over 15 years experience playing solid high caliber hard rock/metal music. Collectively, each member of Seasons has had experience playing with national level artists. These bands include; Three Days Grace, Flyleaf, 21 Pilots, Saliva, Eve 6, Bobaflex, Matt and Kim, 12 Stones, Icon For Hire, Emery, Byzantine Insomnium, Motograter and Job For a Cowboy, Within The Ruins, Phinehas, Great American Ghost and former member of The Misfits, Doyle.

Seasons is a high level, crowd entertaining, energetic band that will not disappoint when it is time for performing on stage. Whether in front of 15 people or 1,500 people, Seasons is known for the exact same stage presence which is described as, “In Your Face”. With each member being a veteran to performing, you can expect tight transitions and and an overwhelming stage presence. Every member of Seasons strives to put on a memorable performance to thrill the crowd.

Tell us about “Killing Season” what made you come up with the idea for the song?
“Killing Season” is a song we wrote through the perspective of the masked killer Jason Voorhees that we wrote for the upcoming Movie Friday the 13th: Vengeance 2.  We had never written a song from the perspective of a well-known fictional character before, and we thought it would be a cool thing to try. Also, since we are all big horror movie fans, we were excited to write one from Jasons viewpoint.
How did you all handle the writing process on this track and the video production with the current pandemic situation?
With the pandemic situation, we obviously can’t tour or play in front of large crowds like we could in 2019.  However, we can still get together (just the four of us) and bounce ideas off each other for music.  We got together a few times and pieced together the riffs, beats, lyrics, and melodies that eventually became Killing Season.  It was exciting because it was one of the first songs we wrote with Randall Sykes as our frontman.
What was the vibe both audio and visual you were going for on this track?
Since the song is written from Jason Voorhees perspective, it had to have a brutally aggressive sound.  This is one of the faster, heavier songs in our catalog for sure, but we also wanted it to have a catchy chorus that would get stuck in peoples heads.  That is where Randalls versatility as a vocalist really comes in handy.  He can lay down brutally high, mid, and low screams, but also has a huge clean vocal range.  His abilities vocally really helped us take this song and make it both brutal and catchy.
How do you describe your music to people who never heard it before?
All of the members of Seasons are big rock/metal music fans, and I think you can hear a lot of our influences in the music. From single to single, it feels like the influences that standout are very different.
For folks who have never heard us before, I would say Seasons in its current form is like if you took A Day to Remember, Linkin Park, Attila, and Wage War and mixed them together.
Where was the video made and who did you work with?
The music video was actually filmed at Randall (Sykes, vocalist) grandmother’s house in eastern Virginia.  She actually lives on the property that was the childhood home of Martha Washington.  The rural setting of this house was perfect for the horror movie vibe we were going for with the video.
We worked with Alex Heider to create the video.  Alex is from Virginia Beach and currently lives in Atlanta.  Outside of creating music videos Alex works on television shows and really knows what he is doing when it comes to filming and film production.
From a video production standpoint, we were limited in terms of the personnel we could use to make the video due to the pandemic.  However, I think with the help of Alex Heider (the videographer for the music video) I think we came up with a storyline for the music video that both Seasons and Friday the 13th fans are going to really like.
Finish the sentence: Seasons music is … the music created for the hardcore metal fans of the 2020’s.
What is Seasons looking forward to in 2021?
We have some shows we are looking forward to later in the year, such as the Metal In the Mountains festival in Pipestem, WV.  MITM will be in late summer of 2021, and we are so excited to get to play alongside awesome bands such as Attila, Flaw, Soulfly, Blackwater Drowning, and many, many more.
Check Out The New Video Below 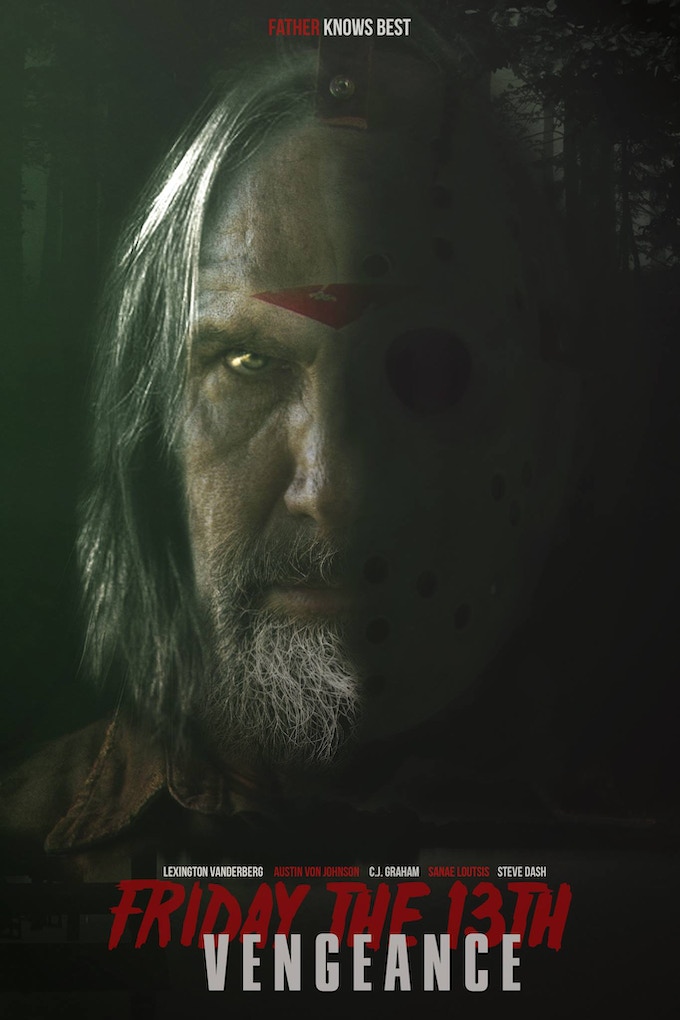 Friday The 13th Vengeance features the talents of Harry Manfredini, who composed all the original music for the Friday the 13th series. With the amazing talents of Steve Dash of Friday the 13th Part 2, Tommy McLoughlin and C.J. Graham of Friday the 13th Part 6. And an ensemble cast starring Kelly Tappan as Angelica Jarvis, and Luke Schuck as Robert Thompson and Jason Brooks as the titular character, Jason Voorhees. Friday the 13th Vengeance follows the exploits of the young daughter of Tommy Jarvis, Angelica, who is hellbent to travel to the very place where it all began to find her missing father. We also follow the very man who was long believed to be Jason Voorhees father. Vengeance also illuminates some dark dealings with the Wessex County Sheriff’s Department throughout the years. Finally we witness the return of Jason Voorhees, what is now driving him? All these things will come to a conclusion in this exciting fan film dedicated to Friday the 13th fans by Brownspace Films. Witness Jason’s brutal return to Camp Crystal Lake!
Watch The Entire Movie here

C. J Graham is a former nightclub General Manager in Los Angeles, California. He was spotted as a potential Jason Voorhees for Friday the 13th Part VI: Jason Lives when he played Jason in a night club act, impressing the casting people from Reel Effects.
https://jasonvoorheesstore.com/
https://www.facebook.com/cjgrahamofficial/
2 years ago in Breaking News!, Interviews, News