Video: CARDI B ATTACKS NICKI MINAJ And Gets Elbowed In Face

Cardi has declared full-on war, sending a message to Nicki, “I’ve let a lot of s*** slide!  I let you sneak diss me, I let you lie on me …But when you mention my child, you choose to like comments about me as a mother, make comments about my abilities to take care of my daughter is when all bets are f***in off!!”

— People connected to Cardi tell us, when Cardi approached the table she was not looking for a fight … they say she wanted “to address the lies Nicki was spreading.”  They believe security had a plan if Cardi came anywhere near, and one of them elbowed her in her face (check out the lump).  They say at that point it was on.

Cardi B showed off her shoes Friday night at a New York Fashion Week party … by throwing one of them at Nicki Minaj … TMZ has learned.

Cardi and Nicki both showed up at the Harper’s Bazaar’s bash. Nicki was with her crew at a table, when Cardi “aggressively approached the table” … this according to eyewitnesses. 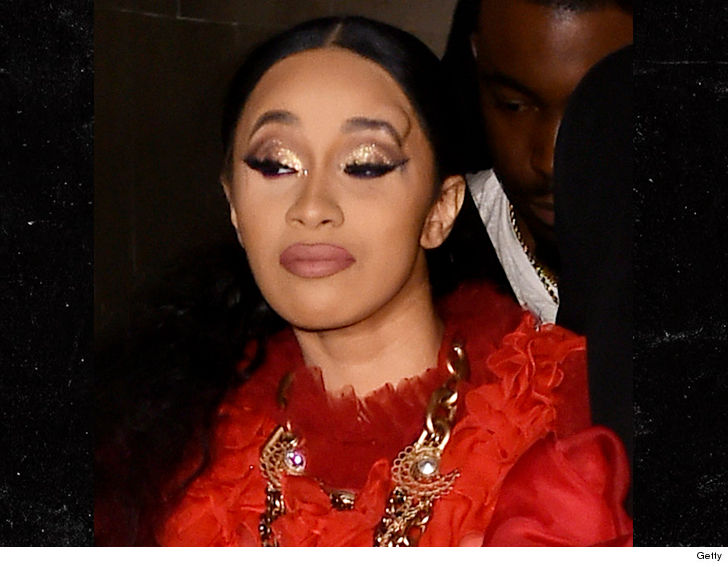 We’re told Cardi said, “Let me tell you something” … as she lunged toward Nicki, but security stopped her inches from contact.

But, Cardi wasn’t done … she pulled off her shoe and threw it at her enemy … missing her target. 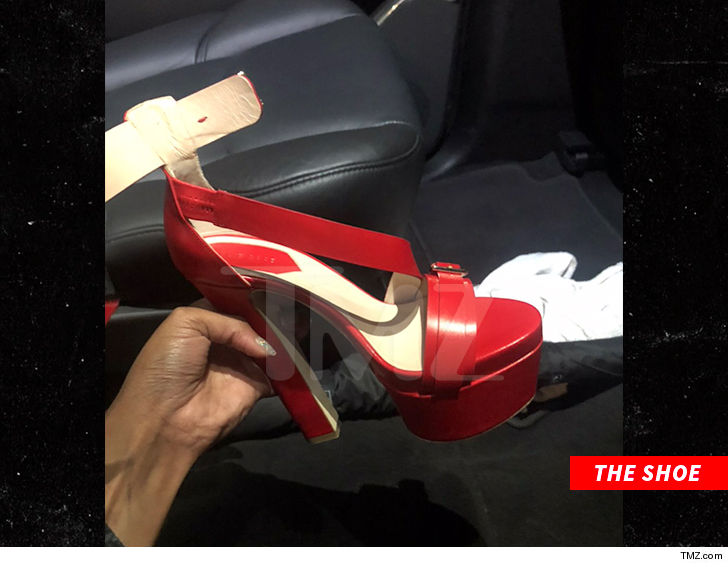 As for Nicki … we’re told cool as a cucumber. She didn’t even flinch.

Cardi was escorted out by security, and she left the building with one shoe on her foot.