Alt-rock band The Used has a scary problem with an ex-member who’s threatening to get revenge for his firing by killing himself at one of their shows … according to the band.

The rockers from Utah just filed to get a restraining order against their former guitarist, Justin Shekoski, who was fired a few months ago over “artistic differences.” According to docs, obtained by TMZ, Shekoski has threatened violence against his ex-bandmates … and even threatened to “fucking hang [him]self in the middle of a show.” 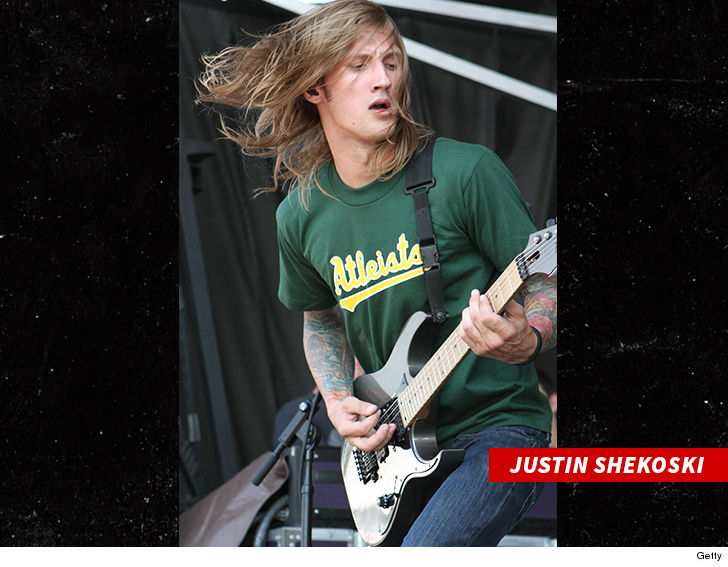 They say he’s fired off some intensely threatening texts, too. In one, he allegedly said retaliation “is the only way to get justice.” In another he says, “those f**ks ruined my life and stole all of my creative work.”

The Used were granted the protection … which requires Shekoski to stay 100 yards away from all members of the group, and any place they work. That includes any venues where the group’s performing.

And now … something from their happier days.