Sum 41’s Deryck Whibley: ‘Doctors Said I Was Lucky to be Alive’ 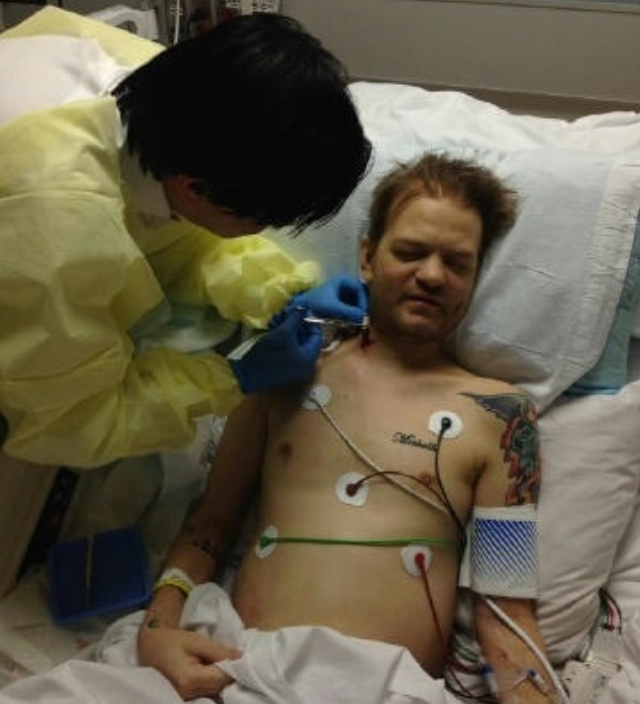 When cell phone photos of a physically diminished, bed-ridden Deryck Whibley surfaced on the internet last spring, it was shocking to say the least. On April 15, Sum 41’s frontman and the band’s last original member fell down in his kitchen with a drink in hand. His fiancée, model Ariana Cooper, rushed him to a hospital where doctors said Whibley’s liver and kidneys collapsed from serious alcohol abuse. It was as if all his years of hard drinking and non-stop touring had finally caught up with him.

Since the release of Sum 41’s first studio album, All Killer No Filler in 2001, the underage teens started partying hard to complement their self-constructed image of skate-park hooligans with a healthy appreciation for metal. Whibley graduated from wedgies to liquor shots while touring non-stop for over a decade, essentially coming of age with a bottle in hand: “Partying like that becomes the norm, that’s all you know and you don’t see any way around it,” he tells Noisey over the phone from his LA home. In 2001 alone, Sum 41 played over 300 shows that refined their melodied Southern California-styled pop punk and launched them into the American mainstream and global market. Sum 41 put out four more chart-topping albums that rarely deviated from their radio-friendly formula, but they became reputable for their inexhaustible work ethic. For most addicts, substance abuse develops as a way to function in a hectic system. 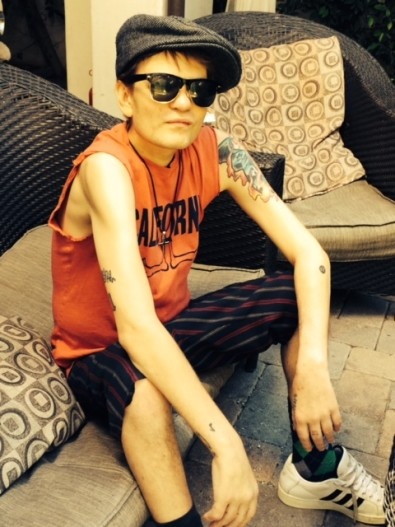 Now 35, Whibley struggles to balance his obligations to labels and his millions of fans. He says that he let people take advantage of him. Coupled with residual emotional trauma, that’s a one-way ticket to rehab. And on top of all of this, Sum 41’s touring schedule never slowed. “It’s a lot of stress, it’s a tough lifestyle. It’s hard to go at that pace without using something to cope. I drank to wake me up and get that fake energy. There were a lot of times I didn’t even want to drink, but I was so tired that shots of Jack were all I could do to get onstage.” Whibley reached a critical point after a three year tour for 2011’s Screaming Bloody Murder. “That was the longest tour we’d ever done for one record, and it was the first time in our entire career that I wanted to finally take a break,” he says. “Usually, I start writing a new record right away, but this time I just said fuck it and started a party that kinda went for a year.”

His alcoholism escalated when he began drinking in the morning to get through hangovers, eventually collapsing at his home. “That cycle is really hard to break and it got me to this place,” says Whibley. Once admitted to the hospital, Whibley was immediately induced in a coma and sedated for a week, partly so his body could handle the substance withdrawal. “I woke up a week later and I felt pretty good,” he says, until he noticed he was hooked up to several IVs, “then I figured I was in rough shape. The doctors said I was lucky to be alive and that there was still a chance I could die.” Over the next few months, complications arose as he began recovery, including internal bleeding and muscle atrophy. Soon after, Whibley’s doctors told him he could never drink again.

“Mentally, I don’t even want to drink again anyway,” he says, “If I literally hadn’t done it to death, I might feel like I’ll be missing something, but I’m not missing anything. I’m done with it. I’ve definitely had enough and it’s not even really that fun.” Whibley has been laying low over the year. In March, he was seen in Hollywood with his fiancée, who—along with his mom—have been his major sources of support through all this. Whibley says he’s whittled his social circle down: “One of the first decisions I made as a sober person was to cut out people who didn’t need to be there.” It’s a recovery strategy as Whibley adjusts to sobriety for the first time in his adult life. The last shareholder of a 2000s pop punk dynasty, Whibley plans to continue his reign as best as he can. Sum 41 is recording tracks for their sixth studio album this month, and management is currently planning a tour.

Noisey: As far as recovery goes, how are you feeling now?
Deryck Whibley: I still have trouble with my walking, because being in the hospital for that long, everything just depleted. My muscles, everything. I couldn’t walk for the longest time, and I’m still re-training myself to walk normally. The doctors say it’s been going quickly, but it feels pretty slow to me. I am dying to get onstage. I don’t know what to do with myself. I feel like I’m ready. That’s the only thing that’s been keeping me going and working hard. Everything in my life is to get back onstage. Music is really the only focus I’ve had since being in the hospital; because I never thought I was gonna die. I do look back and think about how much worse it could have been. I could have had way more health problems than I had, but my liver is fine! Everything shut down before any more damage could happen. To walk out of there alive, without cirrhosis or needing transplants, you know, it could have been worse.

From what I know, the first and most important step to addiction recovery is acceptance.
Yeah, that was a big thing, you know. Feeling like such a fucking dumbass. And then accepting that because it didn’t have to go that way. But when you’re in it, you don’t see how it’s a problem. But then maybe you start to see that it’s not… it’s not good. There were a lot of reactions that were like, “Pfff, I knew that was gonna happen,” or “I told you so.” I know I was way too young to have my liver fail. Maybe if I’d been drinking like that for 30 years, yeah? But I’m way too young for that right now.

In some ways, in terms of your sobriety, are you glad that it happened?
I think it was the right time in my life for it to happen. I’m glad it happened now and not when I’m like, 50, because my body wouldn’t have been able to handle it. But it’s unfortunate that it had to even come to that. However, now I’m feeling better than I’ve ever felt. I’m healthier. I’m in the best shape of my life. I’m more productive. Well, I was always really productive, but I was just good at being a functional alcoholic.

At what point in your recovery did you start writing music again?
I was writing right in the hospital. Right away, I was singing and stuff, writing things down. When the doctors said it would be a long recovery for me, I was like, “What do you mean? I need to have a record out this year.” And they said I wouldn’t be going on tour for at least a year, maybe two, but I told them I’d be doing an album and touring, and they laughed at me. But here I am now, halfway through a record. 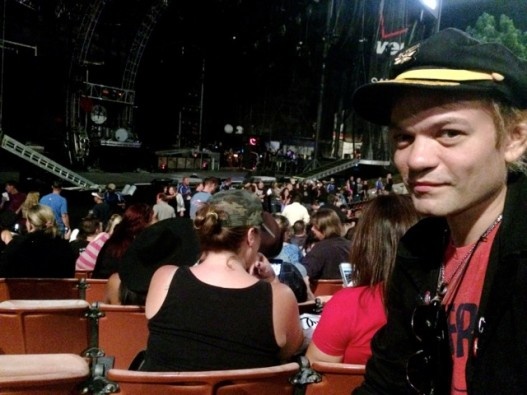 Do you find that the songs you’re writing now reflect what happened?
Sort of, yeah. You can’t go through something like that and not have it in your work but I mean, my life always comes out in my music. It’s finding ways to talk about these things without being direct. Like, I’m writing a song called, “Goddamn, I’m Dead Again,” you know. There’s one or two songs about that so far, but it won’t just be about that. Ask anyone who writes songs and they’re the worst person to ask about what they mean. I’d say 80 percent of my day is physical therapy. Then writing and recording.

This is like a second chance for you.
Yeah, it is! There are so many exciting things now. So many things are new for me. I’d never done anything sober. I’ve been a hard partying drinker since I was 17 and on tour all the fucking time, never taking a break. Now there’s this whole world out there and things I’m realizing I’ve never done. I wouldn’t say I missed out on anything, just more like, things were set aside until this point in my life.

Do you have any fears about touring again?
[Long pause] I have slight fears. Not really drinking fears, but I hope my balance for my legs is going to be fine. I just don’t want to fall over. But I have no idea yet, really. I don’t know what it’ll be like. I’ll have no idea until we go out there, but it could be the best thing I’ve ever done. I mean, if I could be on tour right now, we would be on tour. We’re working on it, though. If there’s a stage, I’ll play on it.

Adria Young is a writer living in Halifax – @adriayoung

Written by: Adria Young
6 years ago in News
Breaking News