Breaking News
Stories from the road 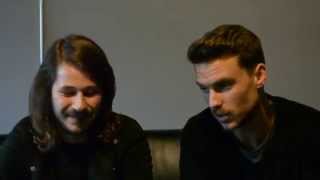 Stories from the road with "You Me At Six" 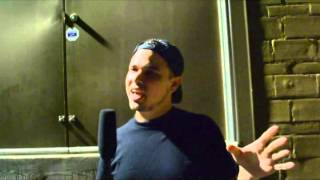 Stories from the Road with Dying Fetus, Goatwhore, Thy Art Is Murder, Julius Seizure, & Fallujah
news! Chelsea Grin is an American deathcore band from Salt Lake City, Utah. Formed in 2007, the group is signed to Artery Recordings and have released two EPs and three full-length albums. Chelsea Grin was originally formed by Alex Koehler and former band mates under the name Ahaziah. The band’s first members were Alex Koehler, guitarist […] Arrested Development is an American alternative hip hop group that formed in Atlanta in 1988. It was founded by Speech and his then best friend Headliner as a positive, Afrocentric alternative to the gangsta rap popular in the early 1990s. Reel Big Fish is an American ska punk band from Huntington Beach, California, best known for the 1997 hit “Sell Out“. The band gained mainstream recognition in the mid-to-late 1990s, during the third wave of ska with the release of the gold certified album Turn the Radio Off. Soon after, the band lost mainstream recognition […] Q & A WITH WRESTLING LEGENDS THE NASTY BOYS, BRUTUS BEEFCAKE, VIRGIL, THE GENIUS, and Smith Hart 6/14/12 Burt Ward (born July 6, 1945) is an American television actor and activist. He is best known for his portrayal of Robin in the television series Batman (1966–68) and its theatrical feature film. Q and A with the cast of The Original Texas Chainsaw Massacre Marilyn Burns, Gunnar Hansen, Teri McMinn 6/13/12 Chandler Carlton Riggs (born June 27, 1999) is an American child actor, best known for his role as Carl Grimes on the AMC television series The Walking Dead. Daryl Karolat (born December 8, 1966) is a Canadian actor and former professional wrestler, better known by the name Tyler Mane. He is known for playing Sabretooth in X-Men, Ajax in Troy and Michael Myers in the remake of Halloween and its sequel, Halloween II. Lloyd Kaufman (born December 30, 1945) is an American film director, producer, screenwriter and occasional actor. With producer Michael Herz, he is the co-founder of Troma Entertainment film studio, and the director of many of their feature films, including The Toxic Avenger and Tromeo and Juliet. The Used is an American rock band from Orem, Utah, that formed in 2001. The group consists of lead vocalist and keyboardist Bert McCracken, guitarist Quinn Allman, bassist Jeph Howard, and drummer Dan Whitesides who replaced founding member Branden Steineckert in 2006. The group signed to Reprise Records and rose to fame in June 2002 […]

Candlebox is an American rock band from Seattle, Washington. Since its formation in 1990, the group has released five studio albums, which have achieved multi-platinum and gold certification, as well as numerous charting singles, a compilation, and a CD+DVD. Candlebox was the first successful act on Madonna‘s Maverick Records, which went on to sign Alanis […]