Whatcha gonna do brother, when a former wrestling star (allegedly) threatens to KILL YOU!?

Here’s what we know … Hulk’s wife Jennifer flew into San Jose for WrestleMania on March 26th — and claims Steiner grabbed her at baggage claim and said he plans to “kill Terry” [Hulk’s real name] as soon as he lands.

Sources close to the Hogans tell us … Jennifer didn’t recognize Steiner and called Hulk immediately — who took the next flight into S.J. and went with her to file a police report early the next morning.

As for Steiner, he’s been very public about his dislike of Hogan for years — and blames him for the demise of WCW wrestling … where Scott and Hulk were allies in the NWO.

We reached out to Steiner for comment — who told us, “Typical Hogan. He’s just a punk.” 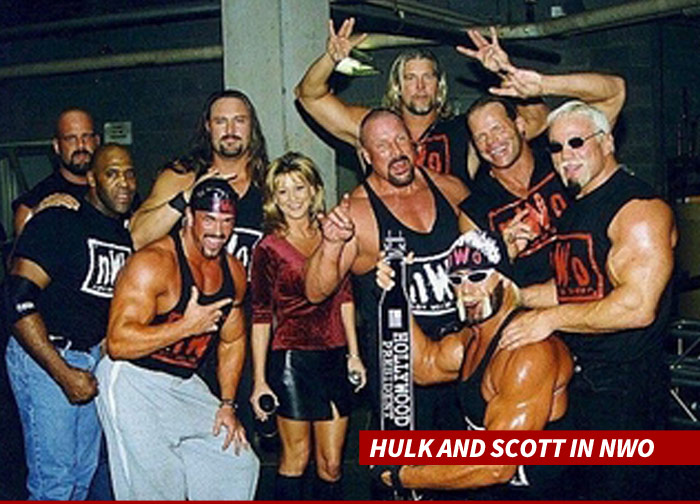 Via TMZ
5 years ago in News
Breaking News