Q and A with WWE Legends Nikolai Volkoff & Lanny Poffo

Josip Nikolai Peruzović (born October 14, 1947), better known by his ring name of Nikolai Volkoff, is a professional wrestler who is best known for his performances for the World Wrestling Federation. Although the Volkoff on-screen character was often portrayed as a villainous Russian, Peruzović actually originates from Croatia and has a mixed background. He is known for teaming with The Iron Sheik, with whom he won the WWF Tag Team Championship at the inaugural WrestleMania event, and also with Boris Zukhov as The Bolsheviks. 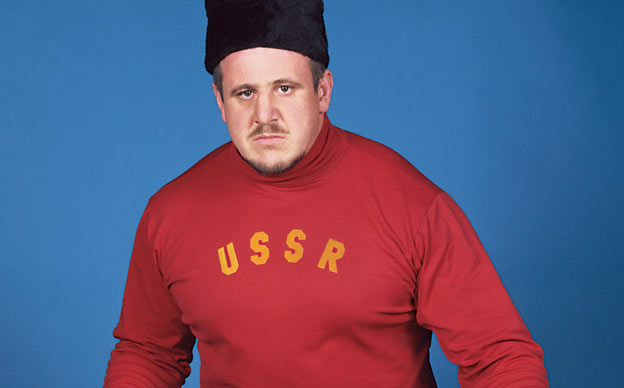 Lanny Mark Poffo (born December 28, 1954), better known by his ring names “Leaping” Lanny and The Genius is a Canadian-American professional wrestler. Poffo was born in Calgary, Canada, to Angelo Poffo, anItalian American Catholic, and Judy, a Jewish American.[2] He is also the younger brother of “Macho Man” Randy Savage. Poffo grew up in Downers Grove, Illinois and currently makes his residence in Largo, Florida, a suburb of Tampa.