According to Sweden’s Aftonbladet, Ozzy Osbourne attended an Alcoholics Anonymous (AA) meeting in Stockholm Friday evening, ahead of BLACK SABBATH‘s concert in the city.

Immediately following BLACK SABBATH‘s performance in Helsinki, Finland Thursday night (July 7), Ozzy boarded a plane to Stockholm, where he checked into the Grand Hotel. The rocker spent nearly all day on Friday in his hotel room, but came out through the main entrance at approximately 6:40 p.m., accompanied by two bodyguards.

Ozzy, who despite the summer heat was wearing a long, black coat, jumped into a black car and was driven to an address near Odenplan in the Vasastan neighborhood of Stockholm. There he went down a flight of stairs and took part in an English-language Alcoholics Anonymous meeting, which lasted over an hour and a half, according to PO Sännås, Aftonbladet‘s photographer on location.

It is not the first time Ozzy attended an AA meeting in Sweden. In 2013, he went to one such meeting near the Mariatorget square in Södermalm, Stockholm.

In a 2013 interview with NME, Ozzy admitted it was difficult to attend AA meetings because he was recognized by many other recovering addicts. He said: “I went to one and this guy came up and said, ‘I’ve always wanted to be at a meeting with Ozzy Osbourne.’ So I said to him, ‘Hey, when I’m in this room, I’m no better than you, because if we go out and have a drink, we’re fucking both dead, so let’s leave it at that.'”

The BLACK SABBATH singer also said that he regularly refused to take photographs with fellow AA attendees who happened to be fans because he felt it was inappropriate. Ozzy explained: “If someone asks for a photograph, I’ll say no, because I’m not there to do photographs — I’m there to save my fucking life! I feel like an asshole, but if you do one, you’ve got to do 15. It’s not my ego, it’s my life.”

Ozzy admitted in a 2014 interview that that he hated attending Alcoholics Anonymous meetings and that he only went along for the sake of his family. He told The Sun newspaper: “Alcoholism is an illness. I don’t like going to the meetings, but if I don’t go, I know I will drink again. And I worry about losing everything, so I just don’t want to drink anymore.”

Osbourne in May denied that a relapse with his alcohol addiction had anything to do with his reported split with his wife Sharon. He told E! News: “I have been sober for three and a quarter years. I have not touched drugs or alcohol in that time. Any reports that I am not sober are completely inaccurate.”

BLACK SABBATH is currently on its farewell tour. The band will play at the Monsters Of Rock festival in Stockholm Saturday night (July 9). 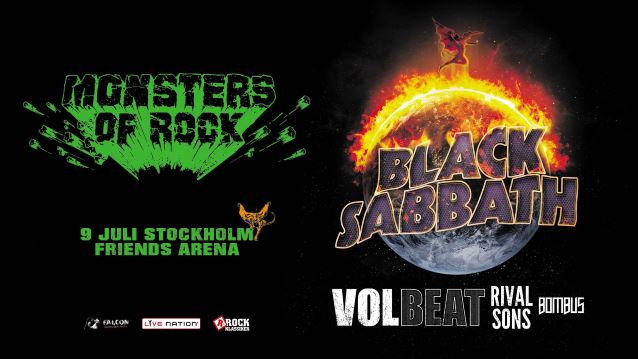