MEGADETH’s DAVE MUSTAINE: CHRIS ADLER ‘Brings A Lot Of Joy To My Life’

MEGADETH mainman Dave Mustaine was asked in a new interview with U.K.’s The List how the band’s new lineup — featuring founding members Mustaine (guitar, vocals) and David Ellefson (bass) alongside LAMB OF GOD drummer Chris Adler and Brazilian guitarist Kiko Loureiro, best known for his work with ANGRA — is shaping up. He responded: “It’s funny when you make a change like this there’s a fear of the unknown. So you’re kicking the tires and everything looks great then you get ready for the first road trip, that’s the moment of truth: did I pick the right guys? Is this a guy who will be my brother out there? Who will be willing to handle the stress and lack of sleep? But it’s good, so so good.”

Mustaine also talked about MEGADETH‘s upcoming U.K. tour with LAMB OF GOD, which will see Adler pulling double duty every night. He said: “Chris brings a lot of joy to my life. He’s a professional and a wonderful human being. He can drum for a very long time. [Laughs] I’d be lying if I didn’t say I wanted him full time in MEGADETH; he’s just that good of a player.”

Due to his LAMB OF GOD schedule, Adler was unable to play with MEGADETH in China and Japan earlier in the month and was temporarily replaced by Tony Laureano (ex-DIMMU BORGIR, NILE, ANGELCORPSE), a veteran extreme-metal skinsman who has worked as MEGADETH‘s drum tech since 2011.

Adler made his live debut with MEGADETH in July at the Festival D’été De Québec (also known as by its acronym FEQ, or Quebec City Summer Festival in English), in Quebec City, Quebec, Canada.

MEGADETH‘s fifteenth studio album, “Dystopia”, will be released on January 22, 2016. The follow-up to 2013’s “Super Collider” was recorded earlier in the year in Nashville, Tennessee and was mixed by Josh Wilbur, who has previously worked with LAMB OF GOD, ALL THAT REMAINS and GOJIRA. 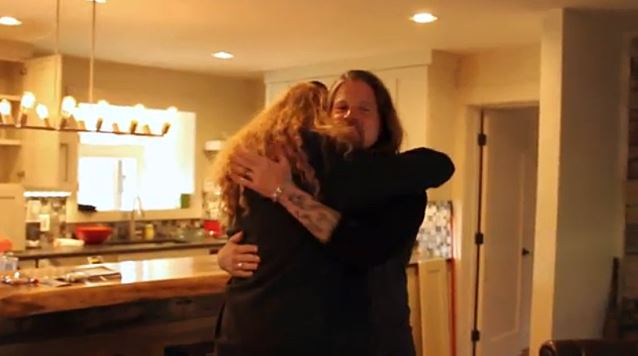