Following Evan Rachel Wood’s Instagram post accusing Marilyn Manson, aka Brian Warner, of “horrifically” abusing her for years starting when she was a teenager, it appears that Loma Vista Records has dropped the artist.

The band’s artist page has been scrubbed from Loma Vista’s website. A reporter for Billboard was able to place a cassette in his shopping cart this afternoon, but by the time he went to check out, the item was gone and Marilyn Manson has been removed from the label’s website.

As recently as Jan. 1, Loma Vista was offering more than 25 Marilyn Manson related items through its online site, ranging from limited edition vinyl to We Are Chaos puzzles, socks and candles, according to the Internet Archive.

Wood’s post accuses Warner, whom she began dating when she was 18 and Warner was 38, of “grooming her,” adding I was brainwashed and manipulated into submission. I am done living in fear of retaliation, slander, or blackmail. I am here to expose this dangerous man and call out the many industries that have enabled him, before he ruins any more lives. I stand with the many victims who will no longer be silent.”

“In light of today’s disturbing allegations by Evan Rachel Wood and other women naming Marilyn Manson as their abuser, Loma Vista will cease to further promote his current album, effective immediately,” the label said in a statement. “Due to these concerning developments, we have also decided not to work with Marilyn Manson on any future projects.”
Manson had released his two most recent albums through Loma Vista, including 2020’s We Are Chaos. 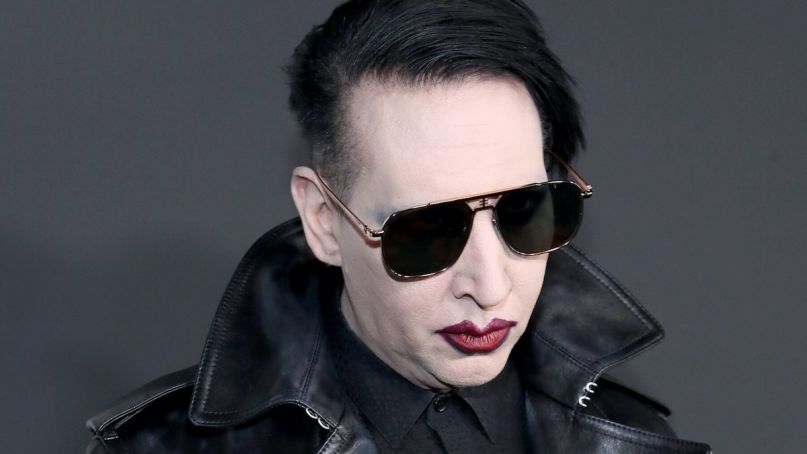