Sofa King Cool caught up with Ricky Warwick of Thin Lizzy & Black Star Riders and we talked about his upcoming album ‘When Life Was Hard And Fast’ coming out Feb 19th, His new single ‘Fighting Heart’, all the guests he has on the album, what it is like not being able to tour to back an album, when touring might start back up, Getting the call to join Thin Lizzy, transformation of Thin Lizzy, to Black Star Riders, If you Thin Lizzy will ever tour again, The 35th anniversary of the death of Phil Lynott, and what is next for him

Ricky Warwick (Black Star Riders, Thin Lizzy, The Almighty) has announced today that he will be releasing a brand new studio album, his first since 2015. The new album is titled ‘When Life Was Hard And Fast’ and will be released on the 19th February through Nuclear Blast. The album’s first single ‘Fighting Heart’ has also been released today and is available on all streaming services right now.

Pre-order the album on various formats, including a 2CD Digipack which includes the bonus covers album ‘Stairwell Troubadour’, now from: https://www.musicglue.com/ricky-warwick/

Ricky comments “Fighting Heart” is a celebration of how music, literature, art and movies can inspire and motivate us on a daily basis. Can these things change the world? Who knows for sure. But I believe that loud guitars and rock n roll can save a little piece of us all”

For the process of recording the album, Ricky was joined by Robert Crane (Bass), Xavier Muriel (Drums) and Keith Nelson (Guitar) as well as a number of special guests including Def Leppard’s Joe Elliott, Andy Taylor formerly of Duran Duran, Thunder’s Luke Morley, Dizzy Reed of the mighty Guns ‘N Roses and even Ricky’s daughter Pepper. Keith also produced the new album, having previously worked with Buckcherry, Blackberry Smoke and Alice Cooper. Keith noted that “Ricky is a true Rock-n-Roll soul… he’s got incredible stories to tell and a unique way of telling them. It’s been an honor to be asked to partner and contribute to this record.” 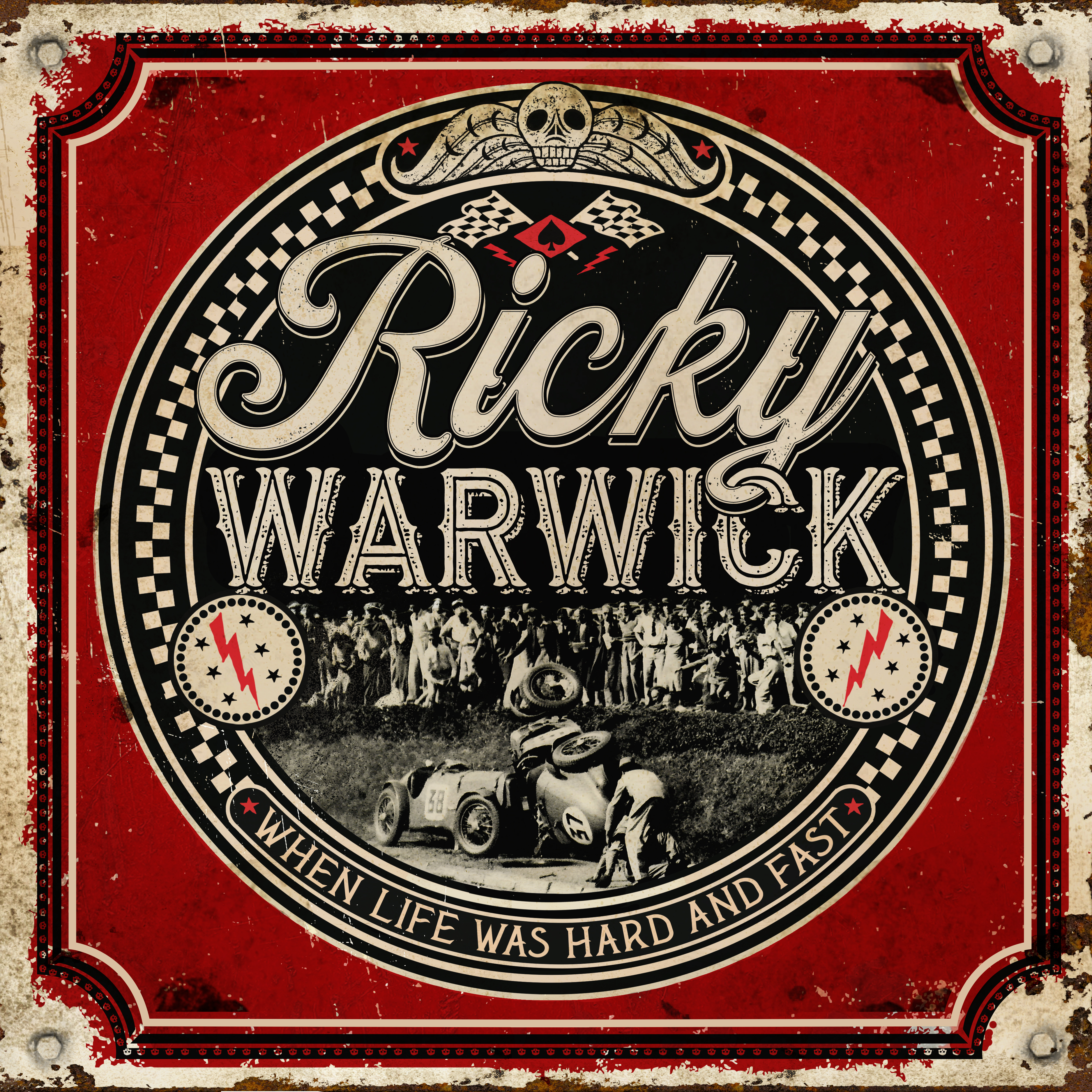