Sofa King Cool caught with Alborn and we discussed theirdebut EP ‘Impairative’ , Signing with Imagen Records, working with Sevendust’s Morgan Rose, playing a show in the pandemic, future of touring and whats next for the band

“When the opportunity opened up for me to sign Alborn to Imagen, I jumped on it. I’ve known these guys for years and have worked closely with them. The songwriting is so unique to me. It’s fresh and not predictable. I think people will get so much out of what this band has to say,” says Imagen Records’ A&R Representative Morgan Rose.

Imagen Records’ President, Bob Winegard, adds, “I’m excited to have them on our roster and I can’t wait until people hear their new music.”

“ALBORN RULES!” is a common war cry heard at any Midwestern Alborn show. The band’s fanbase is strong, travels relentlessly and grows with every performance.

Formed in 2016, Northern Illinois based alternative metal band Alborn consists of Justin Taylor (guitar/vocals), Alex Raser (drums/vocals), Zame Lewis (bass) and Nate Guske (guitar). Their sound has been compared to Deftones or a heavier version of Alice in Chains, but make no mistake, Alborn has created something unique, hard and melodic.

As a startup, Alborn existed only as a cover band under the name of Alborn Theory, but that’s not who they wanted to be. “I was working 70+ hours a week and my band was playing 4 hour shows ALL the time,” says Justin. The band shortened the name to Alborn and got to work creating the band they always envisioned. The hard labor paid off and resulted in them winning multiple Battle of the Bands competitions. For one of those, the grand prize was a studio session with Jose Urquiza of the band 3 Years Hollow and The Attic Recording Studios. As part of that session, another opportunity surfaced. Morgan Rose of Sevendust heard the demos and expressed interest in producing them.

As a result, in late 2018, Alborn tracked 10 original songs with Morgan and Jose. “I was brought in to do some producing with Alborn and what grabbed my attention immediately was that they refused to conform to a formula. They wanted to be themselves from the start. It’s rare to find a band so young not wanting to follow an easy trend. I was impressed right out of the gate,” says Morgan Rose.

After tracking those 10 songs, Alborn started playing every live show they could and the fanbase just kept growing. In late 2019 and early 2020, Alborn started making moves. The band played a weekend of shows with Sevendust including a Champaign, IL, sellout. They then followed that up with sold out shows with Buckcherry and Adelitas Way. The momentum was building and so was the chatter. So much so, Imagen Records was interested in signing them. Meetings with radio executives were scheduled in New York and then… Covid 19 put the plans on hold.

In August 2020, the plans are no longer on hold. The band inked a distribution deal with Imagen Records (ADA, Warner Music) and are releasing their debut EP, Impairative on August 28th. The EP contains 5 songs: 4 originals and one killer cover of Alice In Chains’ “We Die Young.” This is just the start for Alborn. It’s a matter of time before Covid 19 passes and you hear the war cry “ALBORN RULES!”at a live show near you. 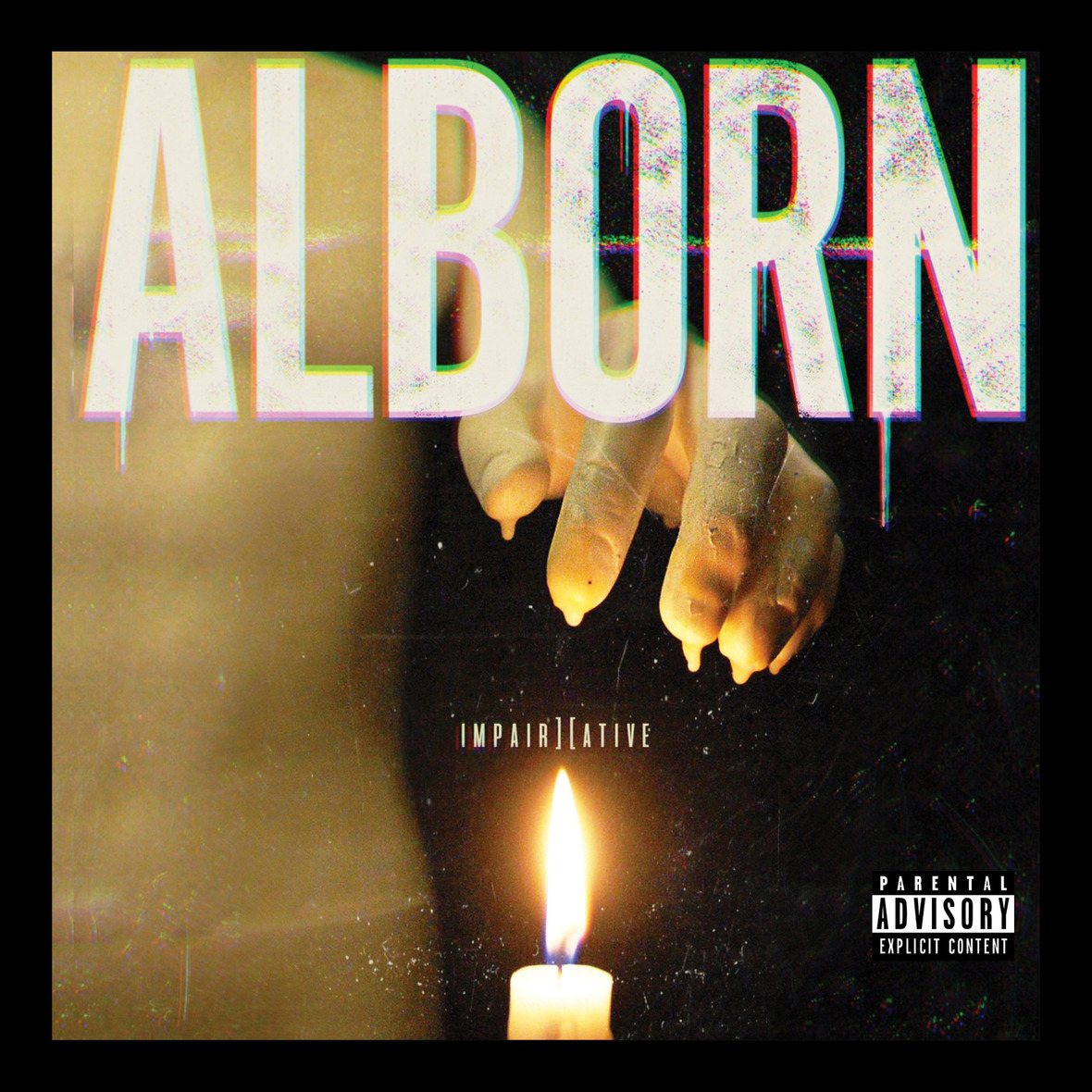