Sofa King Cool caught up with The Nixons and we talked up their upcoming concert on 5/22/20 The First concert in Texas during the Pandemic, which will be a live event as well Drive In and streamed in its entirety. We talked about setting up the show and what was involved, how bands and promoters will be watching to see how the rest of the musicians will move forward with these kinds of shows, if that put any pressure on the band, the new album Sonic Boom coming out that same day, their first new music in almost 20 years, their single “Ghost of an Angel.” and upcoming video, and what is next for the band

Alternative rock band The Nixons are back! Sonic Boom, the band’s first collection of new music in almost 20 years, will release on all platforms via InterceptMusic.com on May 22nd. The band will also be releasing their single “Ghost of an Angel.”

The EP is available for download/streaming at : https://ingroov.es/sonic-boom-2

The Nixons were founded in Oklahoma City, OK by singer/guitarist Zac Maloy, guitarist Jesse Davis and bassist Ricky Brooks in 1990. The group released their debut EP Six in 1992 on Dragon Street Records and replaced original drummer Tye Robison with John Humphrey, before releasing Halo in 1994 on Dallas-based Rainmaker Records. FOMA, released in 1995 on MCA Records, included the radio hits “Happy Song”, “Wire”, and “Sister” which was a top 5 alternative hit that also crossed over into the Hot 100 pop chart. The group capitalized on their success with big tours (about 300 shows a year for nearly a decade), including dates with KISS, Soul Asylum, Radiohead, and Toadies. They went on to release two more albums with MCA that yielded several rock radio hits including “Baton Rouge”. The band recently reunited the original line up for a series of sold out shows in the Midwest, culminating with an opening slot with Smashing Pumpkins. In 2019 the band released singles, “Favorite Lies” and “Crutch” as well as a video for the latter. The band wrapped up the year with a double bill tour with Sponge.

Zac Maloy is an acclaimed, award-winning songwriter and producer whose songs have been featured on numerous top-charting albums. Once The Nixons went on hiatus, Zac began writing and producing for other artists. After writing for and producing several rock projects, Zac signed a publishing deal with Sony/ATV and decided to take writing more seriously. Sony tapped Zac as a writer in large part because of his unique ability, as a former artist, to relate to artists out there living the life Zac knew well. One of his first cuts after signing to Sony was “Used To” on Daughtry’s eponymous first album, which has gone five-times platinum worldwide. This opened the door for Zac to score singles in a range of genres, including Carrie Underwood’s # 1 single “Temporary Home,” and Skillet’s #1 single “American Noise.”

In 2003, after extensive auditions, John was selected to fill the drum seat for Seether. John has been touring and recording with Seether for more than sixteen years now. The band, averaging more than 120 shows a year, has amassed twenty Top Five singles, three platinum records, and numerous gold albums. 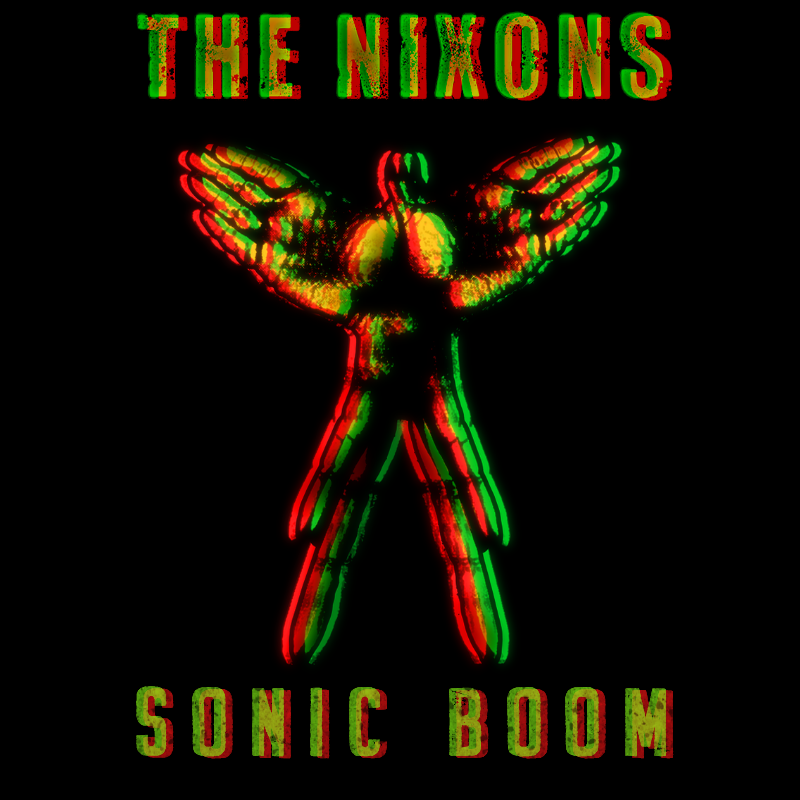 The Nixon’s Presented by Raising Cane’s will be doing a LIVE STREAM, LIVE IN PERSON & DRIVE IN at Lava Cantina for their EP RELEASE PARTY for the first time in 20 YEARS! VERY LIMITED SEATING if you’re coming in person! ?

THE NIXONS will be performing a #LiveStream at Lava Cantina on FRIDAY, MAY 22nd 9:30PM presented by Raising Cane’s Chicken Fingers! The LONG anticipated album is FINALLY being released.. so JOIN US as we bring celebrate this incredible night LIVE IN PERSON [with social distancing], or via our LIVE STREAM!

You now have the option to view the the show IN PERSON, as a stream FROM HOME, or as a stream from a designated space at the venue or at our DRIVE-IN AT LAVA CANTINA!

ABOUT OUR LIVE STREAMING FROM YOUR HOME:

The stream will be broadcast on Facebook Live [click on Lava Cantina The Colony’s Video Tab at time of show] in full HD and is #FREE to watch, but TIPS are certainly appreciated throughout the broadcast! We encourage you to download the Facebook Watch App on your TV to maximize your viewing experience!

Once the Broadcast starts, you will be able to TIP and offer Gratuity at the ticket link on this event! A portion of all TIPS received will be donated to the MusiCares Foundation.

If you’re local to North Dallas, TX, the first 200 people to TIP $20 or more during the broadcast will receive a $10 Gift Card to Lava Cantina The Colony PLUS our incredible PRESENTING PARTNERS!

Want the opportunity to WATCH AT LAVA CANTINA!? You now have TWO options!

? Let’s make a DRIVE-IN THEATER in our parking lot! ?

We have now been cleared to INVITE YOU to a designated parking spot in our parking lot with your own table and separated by more than 8-10′ from the next closest family. You will have a “designated space” with a table facing a MASSIVE LED WALL and sound system in our parking lot! Whichever band is live streaming from our main stage will simultaneously be broadcast to this LED wall in FULL SOUND! You will be able to order food and drinks from one of our Concierges as well. Don’t want to exit your car? That’s OK… We will also broadcast on an FM station to listen from your car while watching with us!

Get your reserved parking and dining spot [6 people max], and it comes with TWO meals from our Drive-In Menu. Tickets available in this Event to reserve your space NOW! Parking Lot opens 45 minutes prior to show and you MUST EXIT immediately after broadcast to prepare for next show. Each stream is approximately 100 minutes long.

IMPORTANT! Please don’t leave your designated area without an escort from our staff, so just let your Concierge know if you are needing to exit your area for any reason [like a run to the restroom].
Also – Oversized vehicles will NOT BE PERMITTED out of respect to site lines of other guests.

!* The “LIVE VIEW” Tables will come with a Bucket of Beer, TWO Menu Items and ONE SIGNED CONCERT POSTER PER GUEST *!

All guests will be issued our Safety & Sanitation standards upon arriving that STATES AND YOU AGREE THAT:

1. I certify that neither myself nor my guests have been in contact with an individual that has tested positive for COVID-19 in the past 15 days.
2. I understand that I am not allowed to leave my defined space for the show unless it is for an emergency or to use the restroom, at which time I promise to adhere to maintaining the required 6’ social distancing standards;
a. If you are here for the Drive-In Experience, then you promise to adhere to our standards and agree to be escorted to the restroom due to the long distance [simply turn your light baton ON and put on your windshield].
3. I understand that this is a very sensitive time for our Community, and therefore I promise to be respectful to other people’s social distance of 6-8’ as well as using effective sanitation standards while present [refrain from touching my face, frequently hand wash / or sanitize, refrain from engaging other guests who are not in my party].
4. At no time will a guest be allowed to combine tables or share space with another guest.
5. Guests will be allowed to enter the venue no more than 45 minutes prior to the show and MUST exit immediately after the show has concluded:
a. Upon entry, guests will have these procedures reviewed in detail, agreed upon, and then will be escorted DIRECTLY to their stall or table;
b. Each Live Stream performance is 100 minutes long;
c. The MAX time any guest is ever allowed on premises is 2.5 hours;
d. Upon conclusion of the show, guests will swiftly exit the premises and go directly to their car.
6. I understand that I will only be issued one warning for violating a Code of Conduct and that failure to comply will lead to my immediate dismissal from the premises and no refund will be issued.
7. Lava Cantina takes this public health crisis extremely seriously and will not tolerate disregard for our rules pertaining to hosting these events, so we respectfully ask for your complete cooperation, your patience and your understanding throughout this very difficult time.

Upon PURCHASING A TICKET… you are agreeing to our Safety and Sanitation Standards for you AND your guests.

Thank you so much for your patience and understanding!