“At the conclusion of Tuesday nights performance by GODSMACK in Montclair, New Jersey, just prior to the encore, [GODSMACK frontman] Sully [Erna] came off stage experiencing a shortness of breath and dizziness.

“Out of an abundance of caution, it was decided to have him be further evaluated by medical personnel off site and end the performance prior to the completion of the encore.

“GODSMACK regrets having to end their performance prior to the three-song encore, and hope that everyone will understand the reasoning for doing so given the situation.

“Sully had recently been battling a virus that likely contributed to the situation. Fortunately, he was evaluated and cleared to perform and is able to continue with the tour, including the show tonight in Rochester, New York.

“Thank you so much to those who reached out in concern and understanding.”

Erna described the sound of the “1000hp” album to The Pulse Of Radio as “a little bit more raw, a little bit more open. The writing was a little freer. The production is really kind of raw and in your face, and the songs, man — I’m really, really excited about these songs. And I have to tell you honestly, I wasn’t that excited about writing this record at first.” 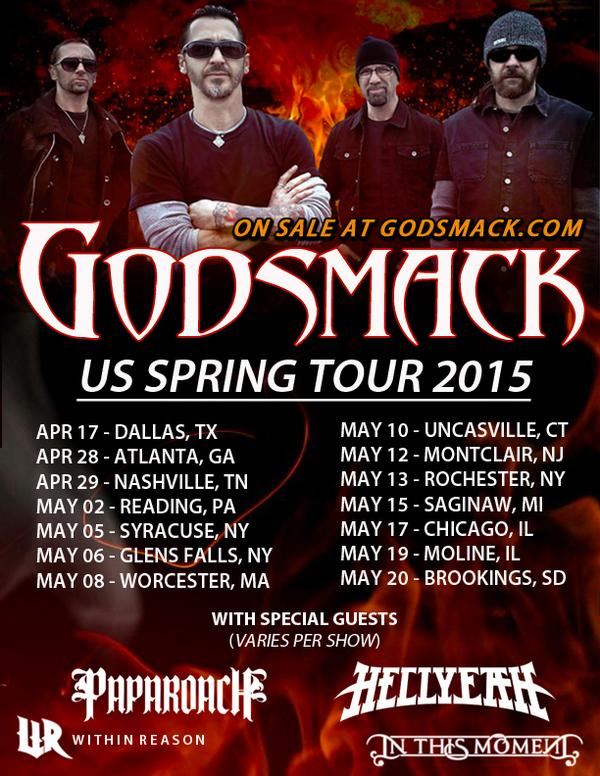